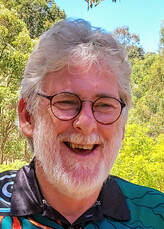 John has been associated with Dayspring since its inception and as he approached his retirement from Anglican Church ministry made himself available to Dayspring as Treasurer of the Guiding Committee.  John Graduated from the Dayspring Coursework Program in 2012.  John's main role in Dayspring apart from this reporting function, is as a Spiritual Director and Professional Supervisor and as an occasional course presenter.
John was a school teacher before training for church ministry and has graduate qualifications in Social Science, Management, Spiritual Direction and Professional Supervision.
COMMITTEE MEMBERS

Mr Dennis Ryle
Dennis is back on the Guiding Committee for the second time.  He was part of the gestation of Dayspring when Brian and Patricia Stitt were leading the "Spirituality for Ministry" course at Wollaston.  He assisted in the development and presentation of Dayspring Courses and was  part of the inaugural Graduate Diploma in Spiritual Direction while he was Chairperson of the Guiding Committee.  His main involvement now is as a Spiritual Director and occasional Course Presenter.  He has a particular interest  in exploring the use of the Enneagram as a tool for personal discernment.